Through undergraduate and graduate student education...

the UGA Crop and Soil Sciences department promotes opportunities with internationally renowned scientist and personnel across the state in Extension, Research, and Outreach programs.
Undergraduate Degrees Graduate Degrees
Featured Story
Wild Peanut Genes
A decade ago, University of Georgia plant scientists David and Soraya Bertioli were living and working in Brazil when they began to wonder about peanut plants they encountered in different corners of the world with an astounding ability to withstand fungal diseases without the use of fungicides. The Bertiolis wondered if these different plants might all have something in common. Did they owe their natural resistance to a single genetic source?
Read More 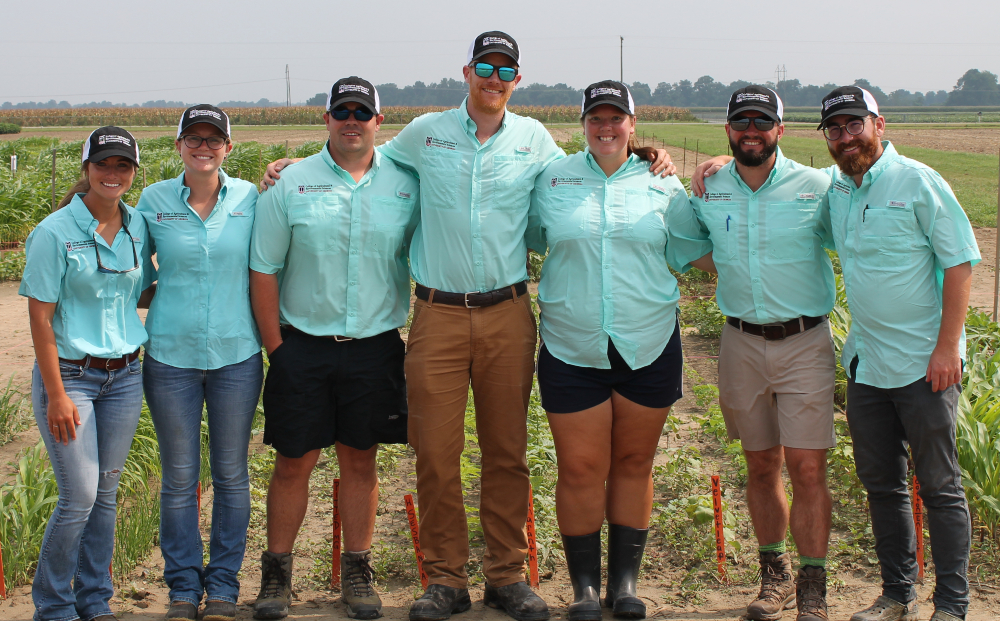 Team member Hannah Wright placed first in the "Farmer Problem" category and fifth overall. There were a total of eight schools represented from throughout the southeast.

Congratulations to Hannah and the entire team!

Featured Story
Georgia Mountain Endowment
For nearly 50 years, turfgrass researcher Wayne Hanna pursued his professional goals at the University of Georgia, first with the U.S. Department of Agriculture’s Agricultural Research Service (USDA-ARS), then as a full professor in the College of Agricultural and Environmental Sciences.
Read More